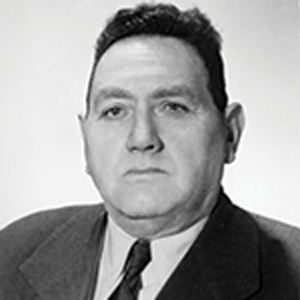 Peter Brauer (Biro) was born in 1895 in Heviz Gyor, Hungary. His profession was as a cattle merchant. In feudal Hungary, the aristocrats, who owned most of the land, were absent landlords living in Vienna or Paris. They had Jewish merchants handle their commercial affairs, and Peter was one of them.

In March of 1944, after the German invasion of Hungary, Peter was deported with his wife to Auschwitz. His wife did not return. Peter was liberated in 1945. In 1947, he married Sarah Schaechner in Budapest as her husband had also not returned. They escaped from Communist Hungary in 1956 to Austria, and from there they immigrated to Montreal, Canada. In 1960, Peter and Sarah moved to El Paso, Texas, where Sarah’s son, Tibor Schaechner, lived with his family. Peter died in 1966 in El Paso.