Welcome to El Paso Holocaust Museum and Study Center conveniently located in the museum district of downtown El Paso. We are proud to be the only fully bilingual Holocaust museum, and one of only 13 free-standing Holocaust museums in the United States. The mission of El Paso Holocaust Museum and Study Center is to teach the history of the Holocaust in order to combat prejudice and intolerance through education, community outreach, and cultural activities. Visit the museum today to find out how you can help or call us at 915-351-0048.

Be sure to check out our other events happening at the museum on our Events page.

Let Me Be Myself: The Life Story of Anne Frank

Special Exhibition   Opening Reception: Tuesday, November 15 6:00 PM   El Paso Holocaust Museum 715 N. Oregon   The exhibition Let Me Be Myself - The Life Story of Anne Frank shows the story of Anne Frank from her birth in 1929 up to her death in the Bergen-Belsen...
Read More

Join EPHM for an afternoon of golf games, food, drinks, and a fun competition for family and friends of all ages! The fun also includes a Hole-in-One contest for a chance to win $10,000 and a kids-only contest bay with lessons from a Topgolf Pro! Sunday - March 26,...
Read More

We are very fortunate to have a substantial video archive of stories by local El Paso residents who were Holocaust Survivors. Here is just one of these touching stories:

This is Bernard Pergricht and in this short video he shares his reflections about the Holocaust. In 1941, his parents and young wife were deported from Poland and sent to concentration camps in Auschwitz where they were killed. He was sent to a labor camp which was liberated by the American army in 1945. Bernard came to the US in 1952, and later to El Paso in 1978. You can read his bio and see more of his video testimonies here.

All self-guided tours must begin 30 minutes prior to scheduled closing times. Also, please check here for holidays in which the museum will be closed. Thank you.

Admission to the museum is free, but donations of any amount are appreciated. Thank you. 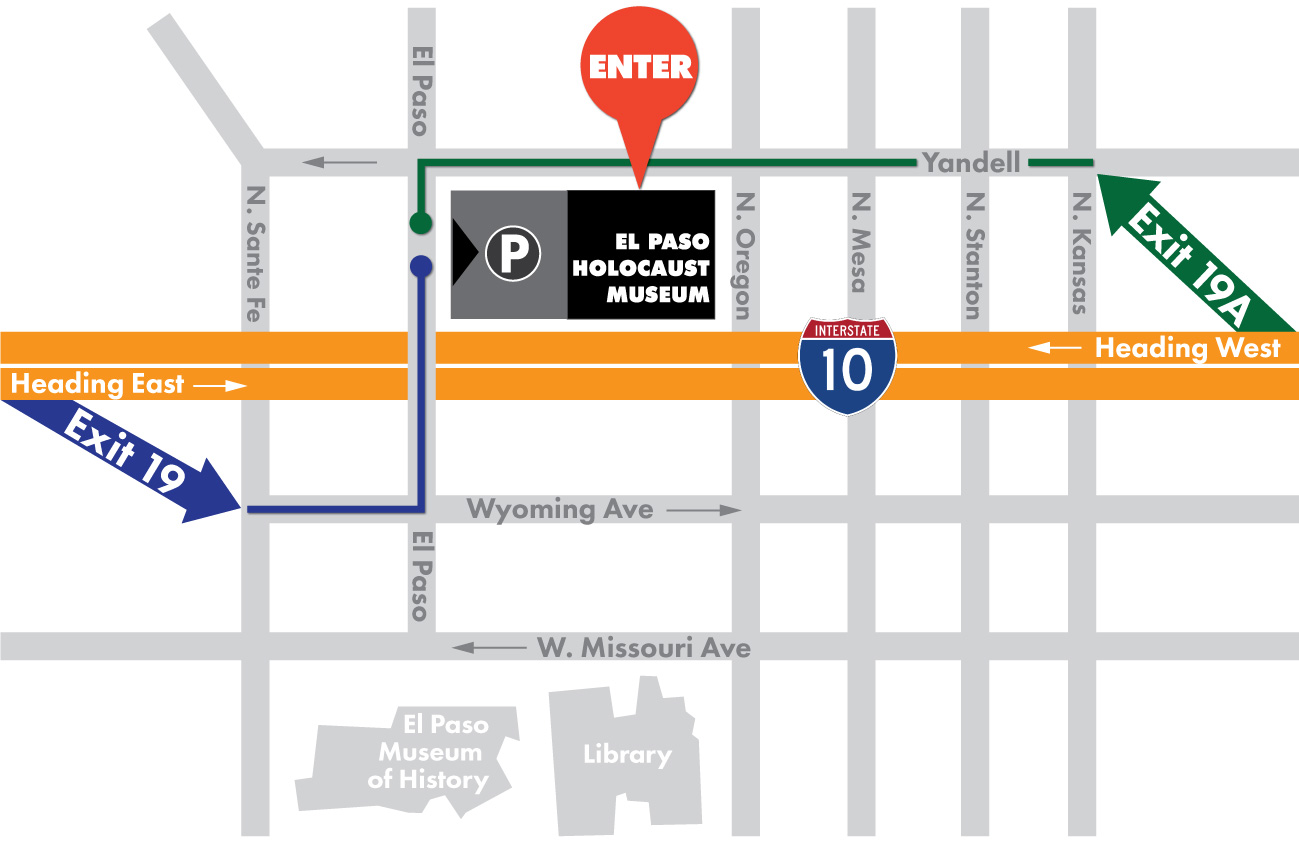 Schedule a guided tour of our museum for your school or group.

Reserve a curriculum trunk for your school or group.

Trained volunteers will gladly visit a school that is unable to schedule a trip to the Museum.

A listing of additional resources.