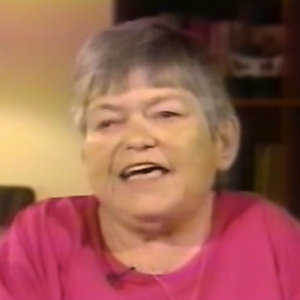 Agnes (Klein) Schaechner was born in 1930 in Debrecen, Hungary to an Orthodox Jewish family- parents Solomon and Lily Klein and twin brothers Otto and Ference. In 1944, they were forced into the ghetto then deported to Auschwitz-Birkenau. Agnes was later sent to concentration camps and was liberated by the American Army on April 14, 1945. Agnes came to the United States in 1949 and married survivor Tibor Schaechner in 1956. They had three daughters. After earning a Master’s degree, Agnes went into social work. She worked for the Texas Department of Human Services for 22 years. Agnes died in 1998.