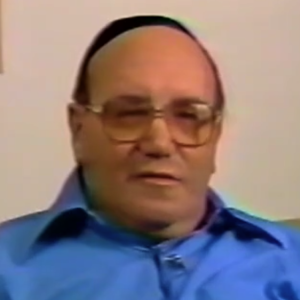 Ferenc (Frank) Klein was born on June 7, 1932 in Hajduboszormeny, Hungary to an Orthodox Jewish family- parents Solomon and Lily, sister Agnes and twin brother Otto. In 1944, the Klein family was forced into the ghetto before being deported to Auschwitz-Birkenau where Frank and Otto were selected by Dr. Mengele for twin experimentation. They remained there until they were liberated in January 1945 at the age of 12. Otto was hospitalized in Switzerland to recover from tuberculosis and remained there. Frank immigrated to the United States, making his home in El Paso, Texas. Frank died in 1986.