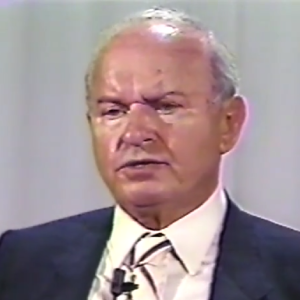 Neftali Frankel was born on December 26, 1921 in Tarnow, Poland where he lived with his parents, sisters Gela and Tusia and brother Henrick until the Nazi invasion. The Frankel family was forced into the ghetto before being deported to Auschwitz where they were separated. Neftali was put into forced labor, and, toward the end of the war, he and his father were sent to labor camps. They were liberated from Bergen-Belsen by the British Army on April 15, 1945. After the war, Neftali immigrated to Mexico and married in 1947. He and his wife moved to El Paso, Texas in 2003.