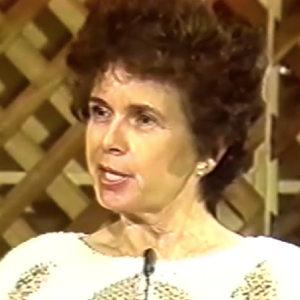 Thelma Krugman was born on February 14, 1927 in Sowina, Poland to Abraham and Faiga Krieger. Thelma had six sisters and one brother. In 1939, the Krieger family was taken from their farm but allowed to live outside the ghetto. During the round-ups, they escaped and hid in fields and the woods before finding non-Jewish farmers to take them in. Thelma and her younger sister lived in an attic for two years, until liberation. After the war, Thelma’s parents and brother were killed by Poles. Thelma and her sisters immigrated to the United States. Thelma married Leonard Krugman, and they moved to El Paso in 1975.