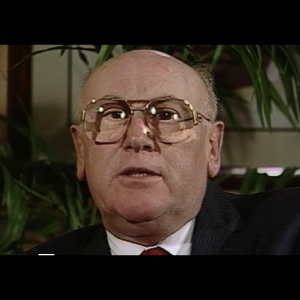 Tibor Schaechner was born in 1928 in Budapest, Hungary to Alexander and Sara Schaechner. In 1944, Hungary was occupied, and men were sent to forced labor. Tibor was assigned to the Shell Refinery where he narrowly escaped deportation to Auschwitz. Tibor, his mother, and younger sister were forced into the Budapest Ghetto. His sister was killed during the Soviet invasion in 1945. Tibor was liberated by the Soviet Army on January 17, 1945. He came to the United States in 1949 and married survivor Agnes Klein in 1956. They had three daughters. After Agnes’ death, Tibor married Ann Goodman in 1999.